We make changes to ZebraZoom very frequently (often on a daily basis), but in order to avoid overwhelming readers, we only report big major updates as well as changes that could be disruptive to current users on this page.

Running several videos in parallel for freely-swimming fish, head-embedded fish, or center of mass only tracking (one fish per well option)​

Running several videos in parallel is now much easier thanks to this new GUI feature: 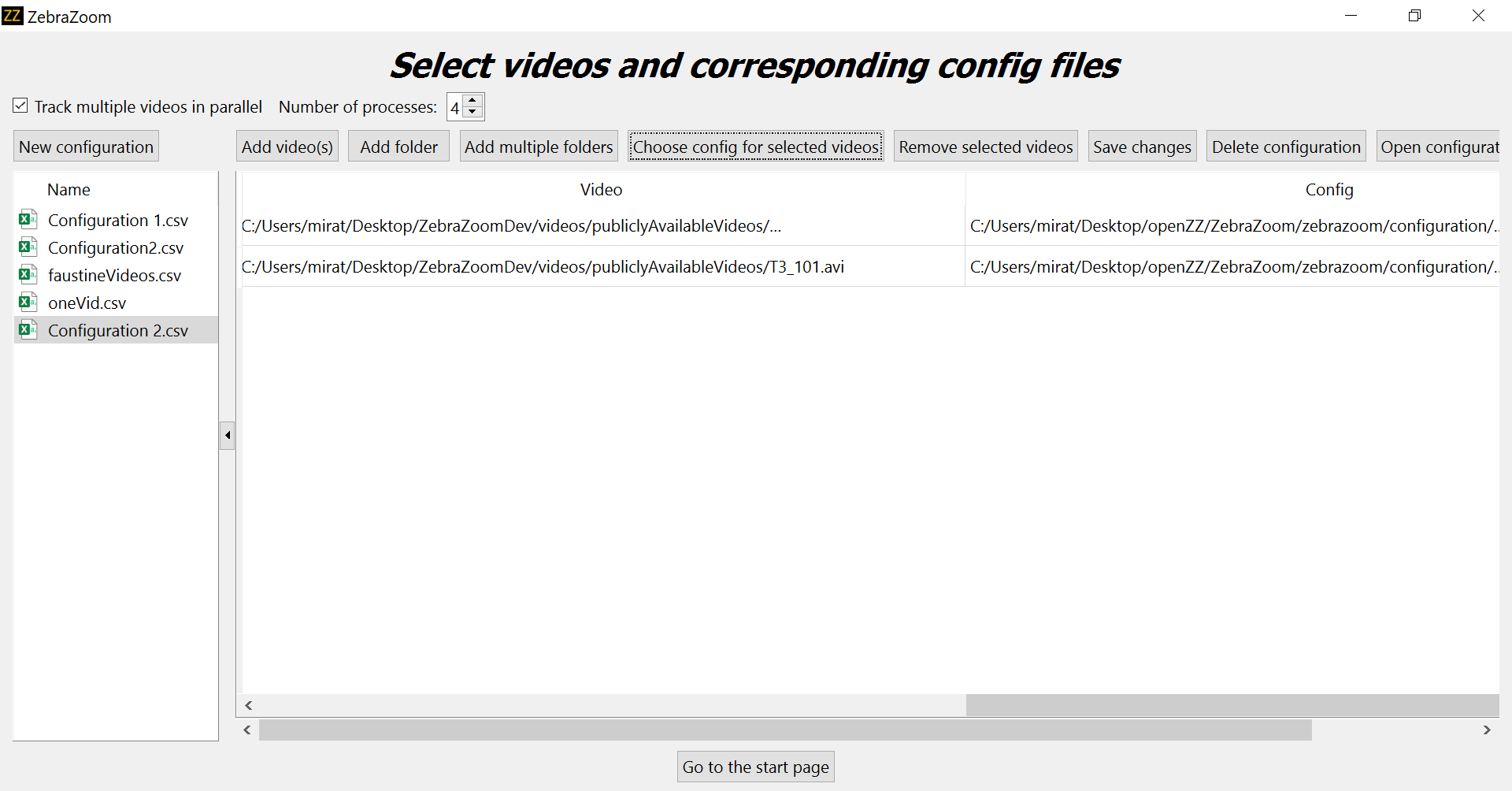 A new algorithm is now available, which you can select in the configuration file creation pipeline simply by choosing the "New algorithm" option on this page (which is not selected by default at the moment): 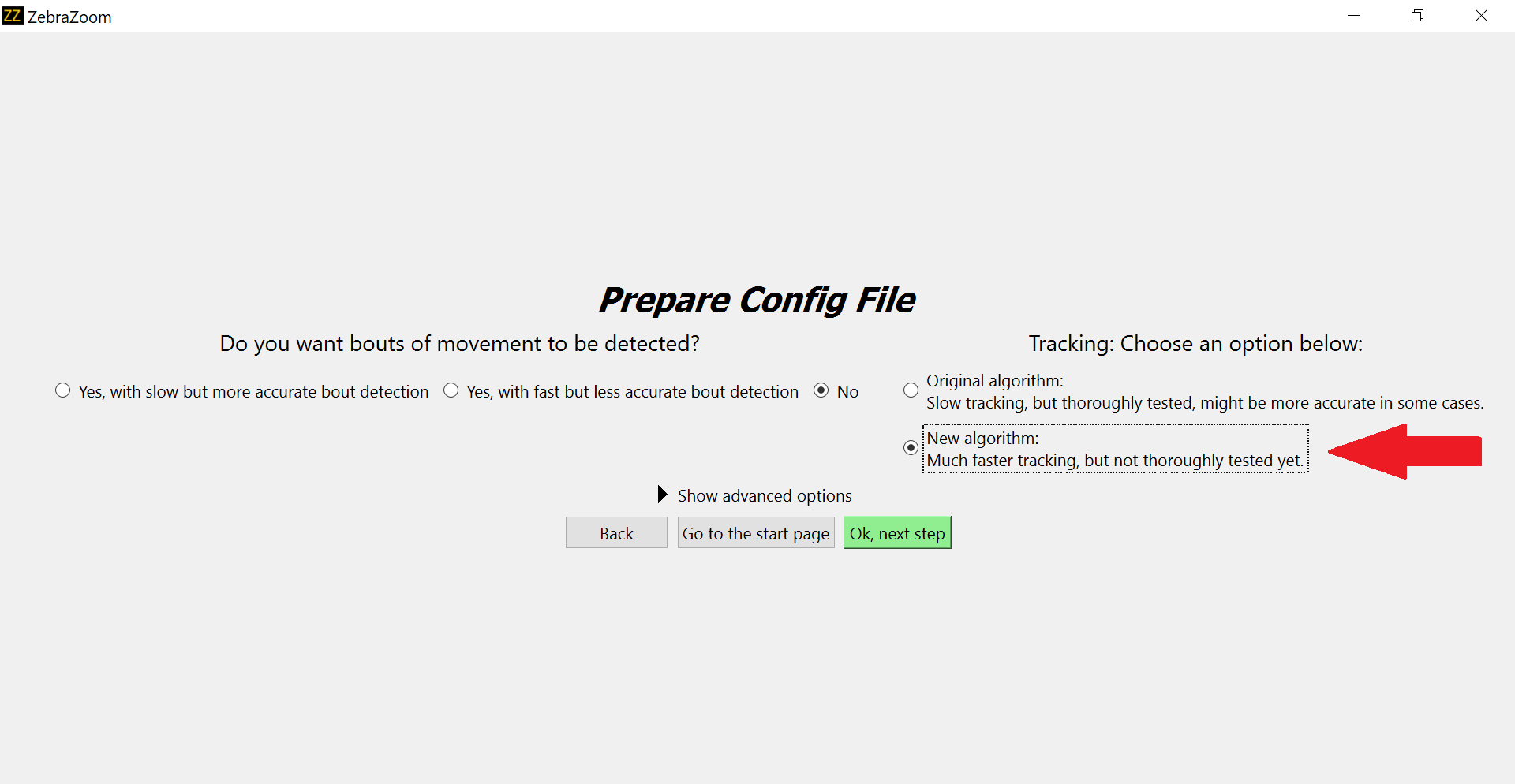 Importantly, with this new algorithm, no validation videos are saved in the result folders. Even though no validation videos are created, it is still possible to visualize the tracking results by clicking on "View tracking results" on the front page of the GUI and then selecting the name of the tracked video and then clicking on "View video ..." (which is the same method as before): this will read from the raw video and print the tracking points on the raw video as it is being read (instead of reading the validation video created).

To speed things up even more, you can also use the feature mentioned above for running videos in parallel.

Center of mass only tracking (one animal per well option)​